Skip to content
830 shares
What is the recommended screen time for your boys or children in your house? We are all so connected now then when I was young. There are so many gadgets a child can have. There’s the TV, the computer, their video games – PS3 or Wii, then there’s the hand held devices like the Nintendo DS, ipods and phones. I sure as hell didn’t have any of those when I was growing up. We played the very first version of Nintendo Super Mario Brothers, where they were in 2D and you couldn’t go back in the level, you could only move forward. You know the one, where if it wasn’t playing , you’d blow on the game to get it to work. Yeah, those were good times. I learned to type on my friends type writer and I didn’t get a computer until my last year of high school, you know when AOL was the bomb. My how things have changed. When my son was young, we didn’t have much rules in place about him watching TV. I think because at that time we were young too and watched a lot of TV as well. After doing some reading, we discovered that TV wasn’t good for children at all and they wanted us to limit TV watching to 30 minutes a day. Well, our TV use to be on all day, pretty much, which is crazy, now that I think of it. I also found that even if it wasn’t a kid show, my son would sit staring at the screen. He would then go on to tell me that he wanted every single toy that popped up on the commercials. He was developing this gimme mentality about toys which I really disliked. Once we started homeschooling, that’s when I cut down all of our TV watching and we had always limited his video game playing time but became more stringent about it. 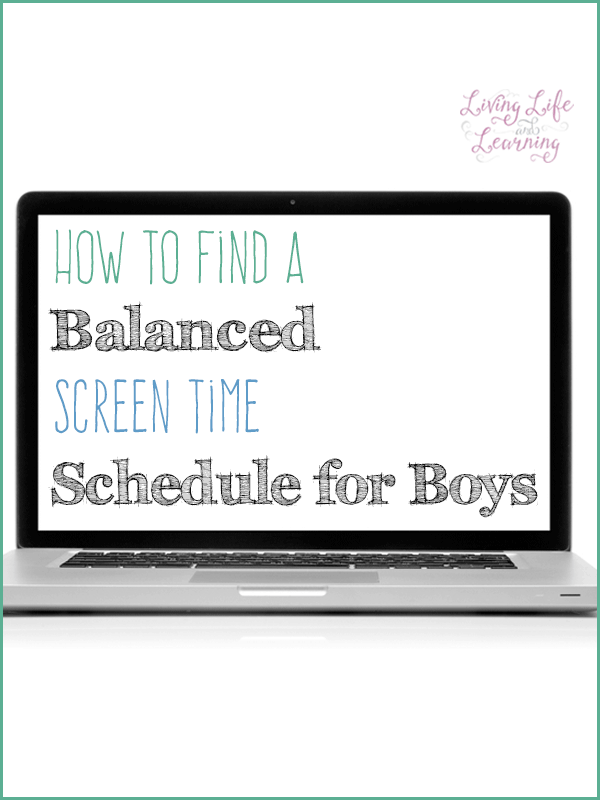 How to Find a Balanced Screen Time Schedule for Boys

You don’t need it. We watch everything we need to on Netflix and it’s only $8 bucks a month. We watch it on our own schedules and are not held prisoner to the TV schedule. Plus, there are no commercials. You become more proficient in your TV watching when you stream things, how awesome is that?

The internet, although great, is also full of dangers in itself. My child is not on social media and he does not have an email at this point. He’ll be 12 soon, so I’m thinking of getting one for him to communicate with family. Something that I will have complete access to as well. Place filters on their computers and paswords on yours. You just never know where curious little minds might wonder to.

What is most important to your child?

Video games? Well use it as a reward. When all school subjects are complete, my son has earned 5 minutes for each subject he’s completed. Well, 10 for math since we were having issues there. If he doesn’t get his work done he can’t play. That’s final. What does your child do if their not having screen time? Play. That’s right, he gets out his blocks or Legos and starts building. He makes comic books, he writes stories. He reads a lot. He goes outside and plays basketball. I have a hubby who is into games so we have 2 game consoles, and the ds and a tablet and our phones. So my children are well versed in Angry Birds and Skylanders, but it’s not their lives. Although they do talk about it a lot. They also draw pictures and stories about them so I’m not worried. They play at the most 30 minutes at a time, for my oldest. My youngest gets 15-20 minutes each school day. We’ve been having puberty angst so this is what we’ve been doing now to motivate him to get his work done. Before that we were at  3x a week schedule. Nothing on the weekends for us since we’re busy with family stuff. Find what works for you and your family. Everyone is different. What do you do in your house about screen time? Read the other posts in the How to Homeschool Boys series. 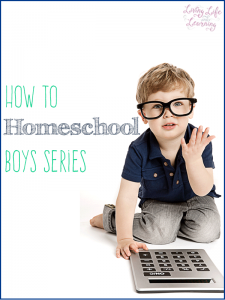