You are here: Home / Kids' Activities / Build Structures with Spielgaben Toys
This post may contain affiliate links meaning I get commissions for purchases made through links in this post. Read my disclosure policy here.

How about adding some science to your child’s day and you can do so with Spielgaben toys. I’ve partnered with them because they have a wonderful product that can be used in a variety of ways. I have a son who loves to build with his Legos and blocks, well now he can use his Spielgaben toys to bring science into his day.

I asked him to build the tallest tower he could create and he took the time to plan out what he was going to do. He chose the rods and ball connectors for his building tool and went at it. 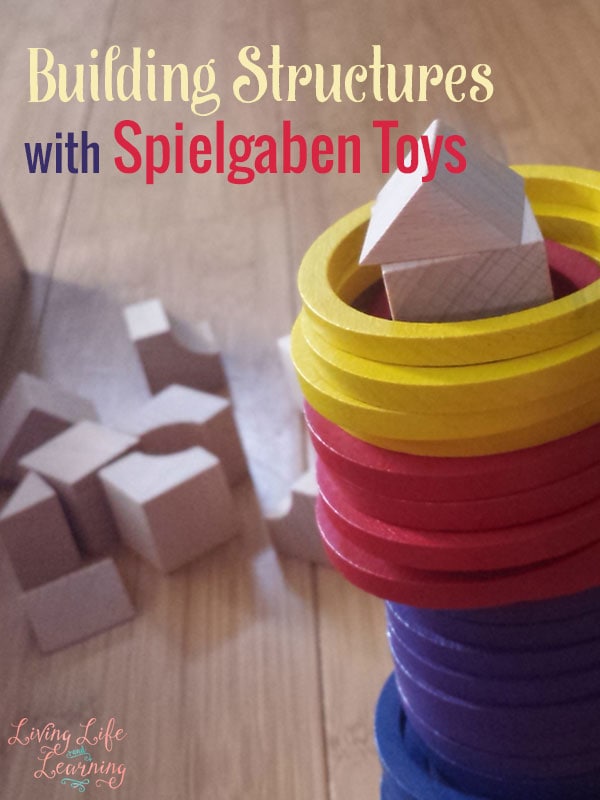 He even added the threading beads for decoration, this added some extra weight so he tried to ensure that each side was balanced. He got it so his tower was as tall as he was and stopped. He said it was becoming too unstable and he didn’t want it to topple over. We did save his creation for a few days since he wanted Dad to see his creation. 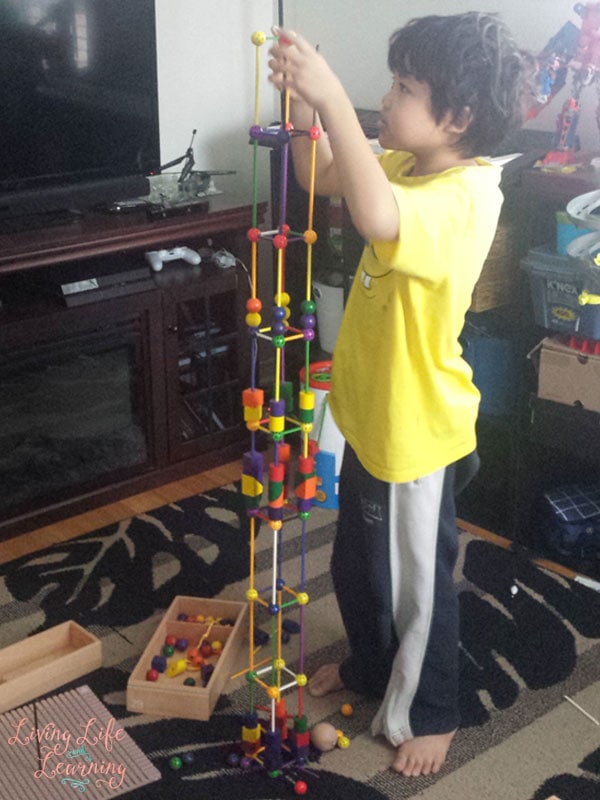 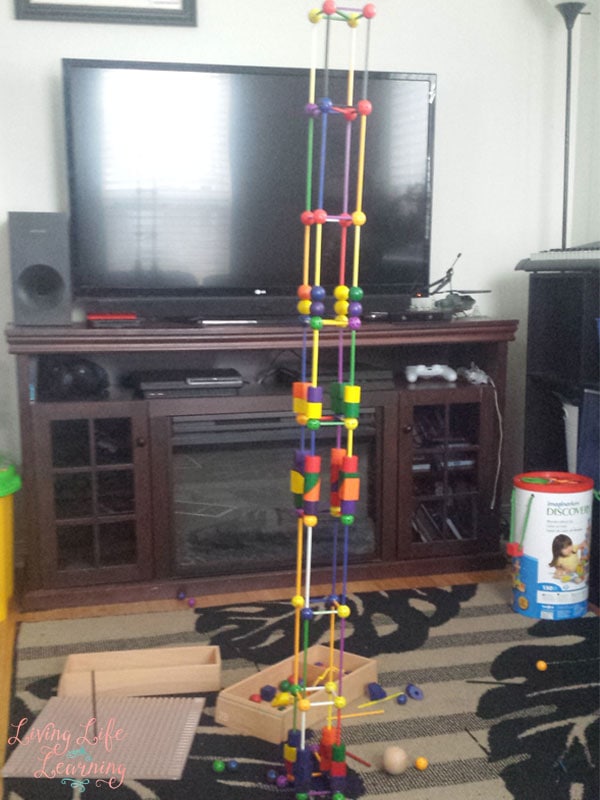 As my son was busy building his tower, my daughter wasn’t going to let him have fun alone. She got out the wooden blocks and stacked them into a tower. While she took the time to balance and place those blocks on top of one another, that wasn’t enough. It wasn’t colorful. She added colored circles around her tower and kept stacking them as high as she could until her tower was covered. She also tried very hard to keep the same colored rings together as she stacked them onto her tower.

She actually had to build it twice because her brother accidentally knocked it over. She asked me to take a picture of it as well. 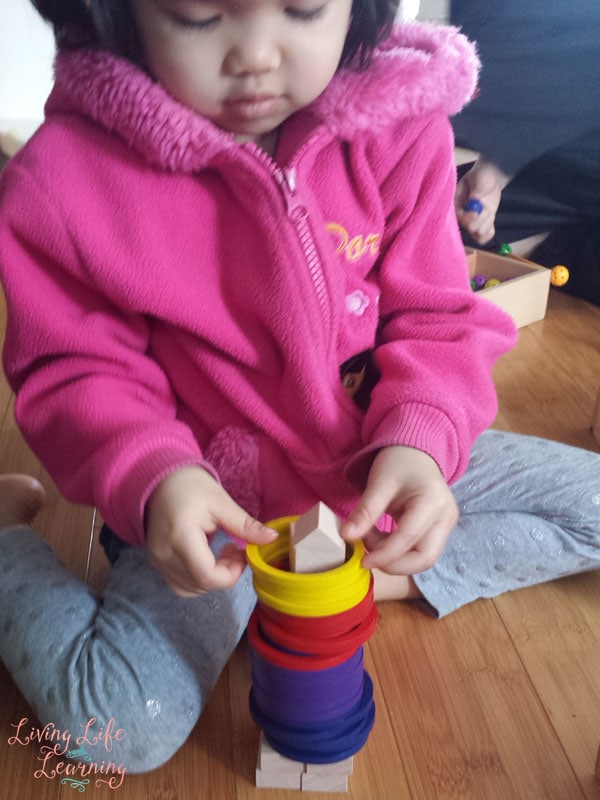 See us unboxing our Spielgaben box, it was like Christmas morning. 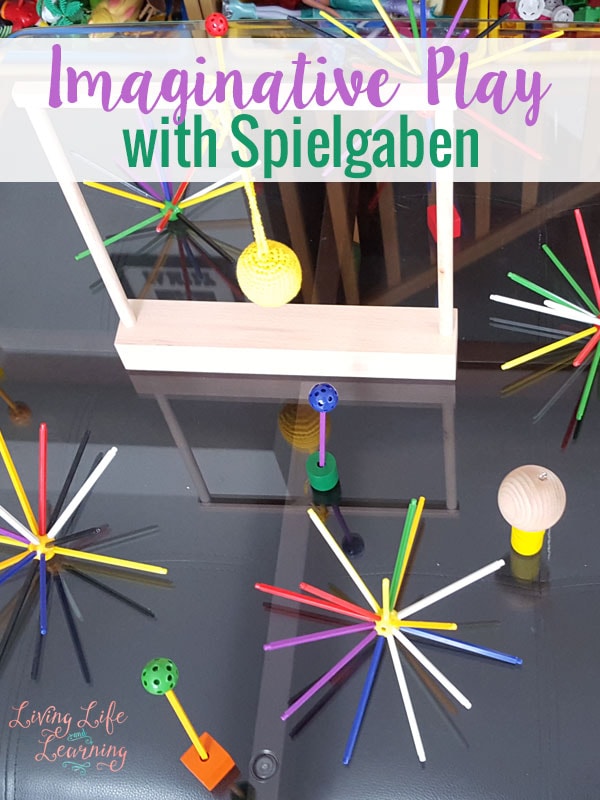 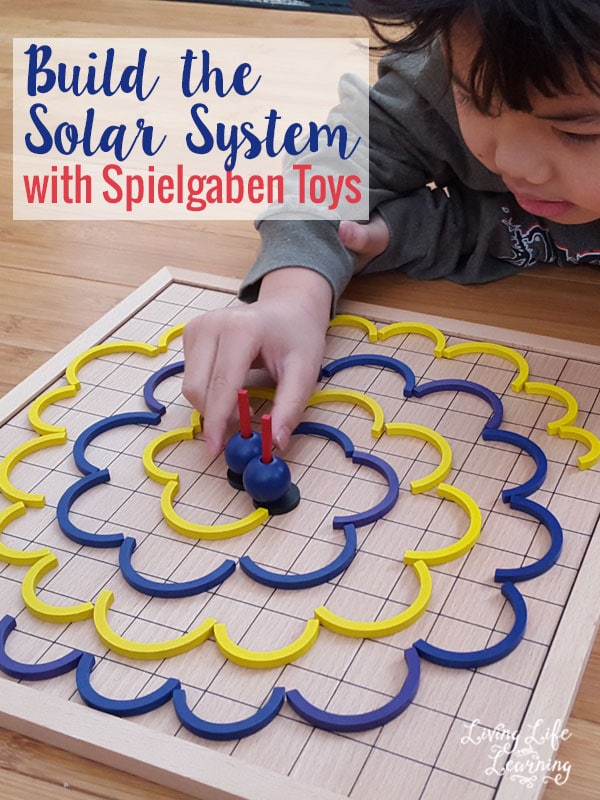