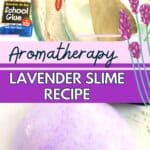 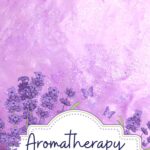 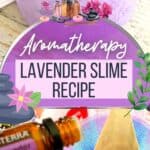 Slime is all the things and more right now, isn’t it? I mean there are so many different varieties, that the possibilities are practically endless. We have our rainbow slime, glitter slime, and so much more! This time, I’m sharing the Aromatherapy Lavender Slime Recipe!

Kids seem to never get bored and never have enough! Making slime is not difficult. It gets to the point that even some kids can even make it on their own! Yes, it can make a mess but it is an easily cleaned-up mess. One thing that I love about slime is that it can be such a calming and centering activity for kids.

We tend to make a lot of slime during the summer months because it’s a great way to stay away from the screens and do some creative learning time as well.

So grab lots of our other easy slime recipes too.

When they need a break from learning or need some extra sensory in their lives, slime is where it’s at. For this slime recipe, I took it one step further. Have you ever seen the calming effect that lavender can have on anyone, but kids in particular? It is wonderful!

Lavender has a way of centering anyone who comes into contact with it. Essential oils are a fantastic way to include this scent into the slime and in turn, help kids calm down naturally.

This is my favorite! The Aromatherapy Lavender Slime recipe is the best around!

There’s just something about the way that slime can help calm the day that is just great. Kids tend to play with slime because it’s sticky and stretchy, but sometimes, I like to use this slime as well!

The smell is what I love about the slime and I’ll find that on the days that I’m feeling a bit stressed or rushed, I just like to grab the slime and work it in my hands.

It’s amazing the calming effect and the mental clarity that can come from something so simple!

Do you need more slime ideas? I recommend you get these books for your kids to learn more about slimes. 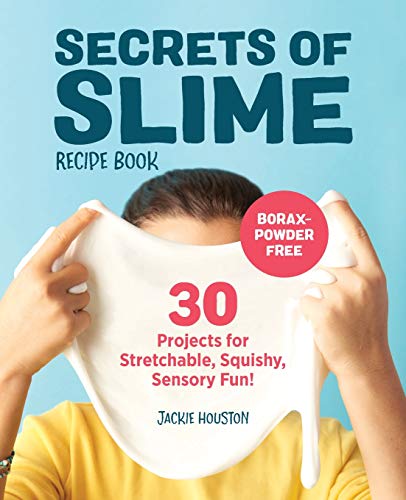 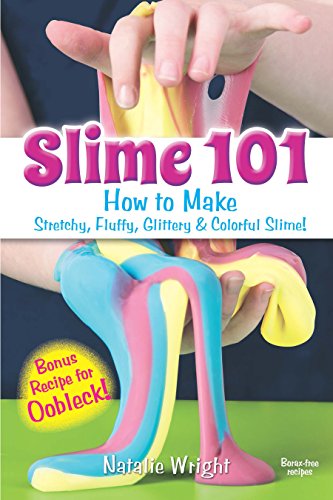 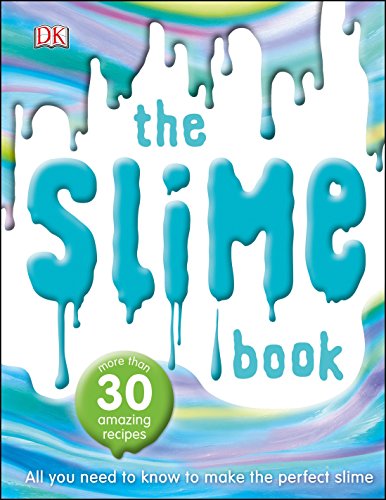 The Slime Book: All You Need to Know to Make the Perfect Slime 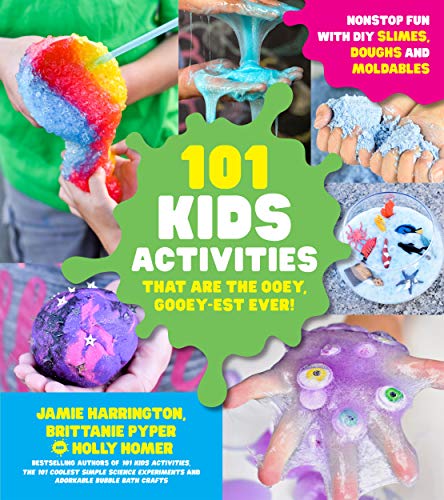 101 Kids Activities that are the Ooey, Gooey-est Ever!: Nonstop Fun with DIY Slimes, Doughs and Moldables 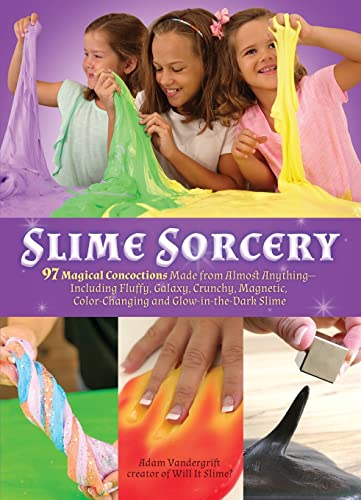 How To Make Edible Slime: 30 Fund and Yummy Slime Recipes: ( A Slime Book For Kids To Have Safe And Yummy Fun) (Slime Books For Kids)

Is this slime sticky?

It’s not! That’s the biggest complaint and worry that parents have is that the slime is going to literally melt out of their kid’s hands and soak into the carpet or furniture.

This slime isn’t meant to be a sticky slime. As long as the directions for making slime are followed, there shouldn’t be any sort of sticky mess that you’re going to have to deal with at all.

Be sure to talk to the kids as well so that they know what to look out for if the slime is too messy. A good slime shouldn’t leave residue on their hands and not be able to be balled up to play with.

All you need to make this simple slime are the ingredients listed below. I also like to keep slime ingredients on hand at all times so that we can whip up a new slime anytime the mood strikes.

If you want a ready-made slime kit, I recommend your to grab these two super cute slimes from Etsy! If your child loves bees, check out this DIY Bee Hive Slime but if you have a unicorn-lover, the Unicorn Ice Cream Slime would be perfect.

Follow the simple directions below to make this easy slime recipe. It’s a fast and simple way to be creative easily at home. Once you get the hang of making a good slime recipe that isn’t a sticky mess, you’ll be less hesitant to let the kids play with the slime in the house!

2. Mix in a few drops of your purple coloring and purple glitter and mix until evenly combined.
3. Mix in 3 drops of lavender essential oil.

4. Mix a 1/2 teaspoon of borax into your remaining 1/2 cup of hot water and stir until the borax is mostly dissolved.
5. Now pour the borax water into your purple glue mixture and stir (ingredients should start coming together quickly to form slime).
6. Pour out the excess water, remove the slime from the bowl and knead the slime in your hands.

*do not eat, supervise children while playing

How to store slime

Everyone knows that it’s the worst when the slime dries out and it starts to get hard! While slime doesn’t last forever, there are a few things that you can be doing to help the slime stay fresh and stretchy.

It really does come down to how you store the slime. Make sure that you have an airtight container that you can add the slime to so that it keeps it locked in fresh and out of the air.

I like to use a clear glass jar or container, but you can also use a bag that seals well also. The main thing that you need to do is to have it airtight so as long as you have that, you should be good to go.

It’s also important to note that slime isn’t going to last forever. It does have a shelf life of a few weeks or months, typically, because that’s just how slime is. Storing it properly will help to make it last longer, however!

Can I add other essential oil scents to this slime recipe?

You can! Just be sure that you’re using a safe essential oil for kids and one that you can touch and not have to worry about.

This is why I use lavender because it’s calming and safe to use in this slime recipe.

Do not eat, supervise children while playing.

When it comes to making slime, there are so many fun ways and ideas out there! It’s so fun to play with slime so I’ve included a few more DIY slime recipes that I think you’ll love and enjoy!

This rainbow slime is just so cool! The kids will have a blast and it’s a super simple way to bring a smile to their faces while they’re doing the sensory play as well.

Glitter and slime were just meant to be! The combination of these two will create hours of endless play.

Kids will love this cute butterfly slime. A perfect activity for your homeschool butterfly lesson.

Glow in the Dark Slime by The Life of Jennifer Dawn