Skip to content
698 shares
How do you know if your child is a visual learner? Visual learners have specific characteristics that you will find to help determine your child’s learning style. Why does this matter? If you’re trying to teach your visual learner by telling him orally, you may wonder why he doesn’t get it after you’ve told him over and over again. It’s not helping because he needs to see it visually. Telling him isn’t teaching to his best learning abilities and this may hinder his progress. 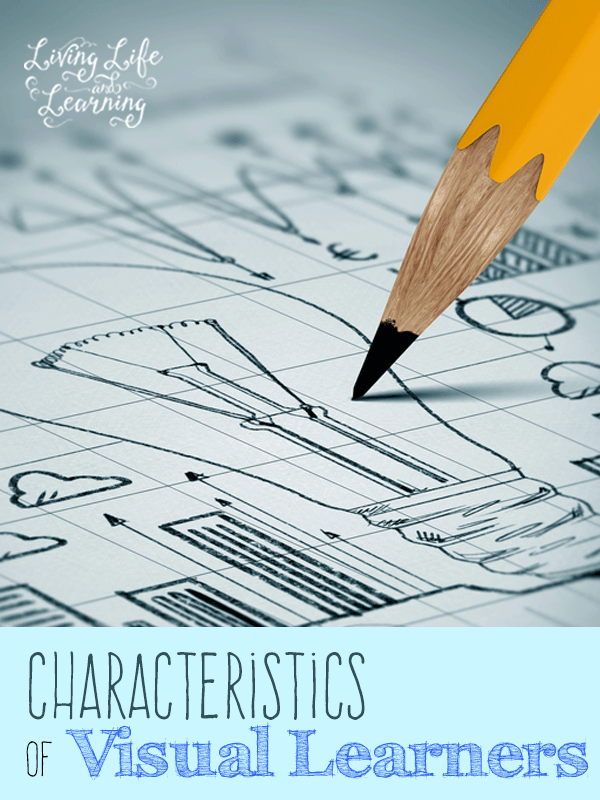 My son always had a great sense of direction since he was a preschooler and was able to speak. He’d ask why we weren’t going home in the car if we made a different turn then we usually made.

Forget what they are told but remember what they see

Whenever my son was retelling a story, he’d go into detail about the position of people relative to others and colors, so you could tell he was thinking back to what he had seen or imagined in his head. He’d ask about the guy who was wearing the blue shirt with black pants or ask for his toy that he remembered leaving behind another toy but in front of the couch.

My son loves to draw and he would doodle or write for hours at a time. All he needed was paper and a drawing utensil. Even now as a 13 year old I find his doodles on his school books, on his desk or drawers. He likes using dry erase markers on furniture. He once told me he wanted to be a graffiti artist, I’m not sure if that is still the case. But my son is one awesome artist who excels at it naturally.

Enjoys reading or writing rather then listening

Anytime I read aloud my son was right next to me following along in the book. He didn’t like to color or draw during this time, he always wanted to be right next to me so I figured why push it. Even when I had him listening to an audiobook, he always liked to have the actual book in front of him to follow along.

My son will miss things that I ask orally so I always used a picture schedule with him, and when he got older, we moved onto the checklist schedule and now when he’s taking notes on a video, or writes essays, he loves using graphic organizers. This is something I helped him with because his note taking skills were all disorganized as he felt as though he had to include every little detail. Stay tuned for ideas on teaching a visual learner. Other posts about visual learners:
698 shares