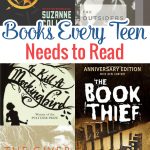 We love book lists. They help guide us in a good direction when we feel aimless and to narrow our list down when we have an endless list of books to read. Take a look at this amazing list of books. These are books every high schooler should read because every single book on this list is great. And actually, they are great for adults to read, too. 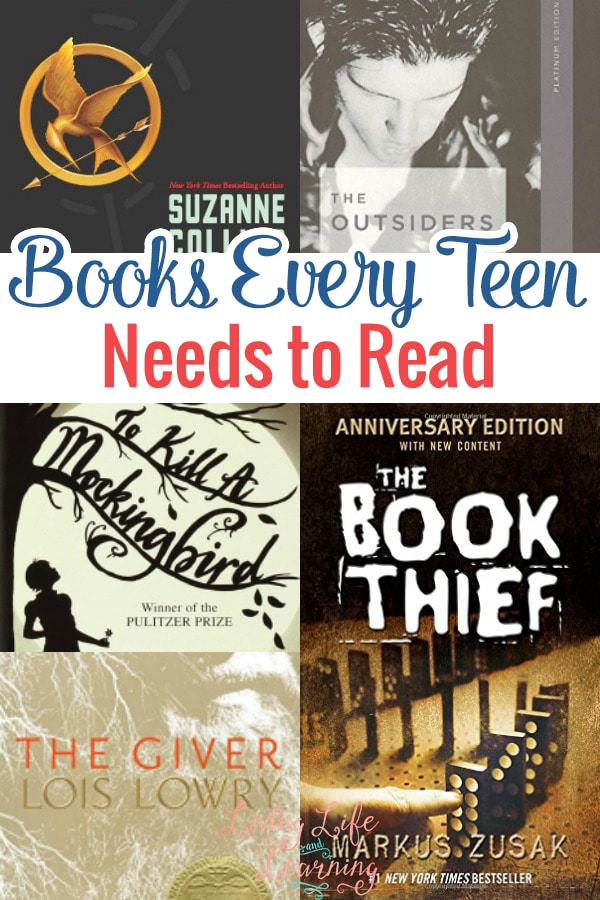 Books Every High Schooler Should Read

The Giver by Lois Lowry In her scifi quartet, The Giver explores the perfect world of Jonas; who knows no fear, hunger, or pain. As he approaches his coming-of-age ceremony where he gets his lifelong career, he is mysteriously chosen as the Receiver of Memory. Jonas begins to unfold the truth about his society, and must to decide whether or not he should share his secret. The Outsiders by S. E. Hinton Ponyboy Curtis knows life isn’t easy, but he knows he can count on his brothers and friends through good times and bad. Their group especially sticks together around the “socs” – a group of rich snooty guys who enjoy beating their group, the “greasers”, up. The Book Thief by Markus Zusak It’s 1939 in Nazi Germany, and Death has never been busier. Narrated by Death, it tells the story of a young foster girl, her foster parents, and the young Jewish man her family is sheltering. To Kill A Mockingbird by Harper Lee Harper Lee’s timeless classic To Kill a Mockingbird won a Pulitzer Prize in 1961. Set during the Depression in the South, the plot revolves around a black man accused of raping a white woman. Miss Peregrine’s Home for Peculiar Children by Ransom Riggs Tragedy turns 16 year old Jacob on a remote journey where he discovers Miss Peregrine’s Home for Peculiar Children. Despite being abandoned, Jacob just can’t shake an eerie feel he gets from the orphanage!

The Hunger Games by Suzanne Collins The Hunger Games trilogy became an instant classic among teens. Set in the ruins of North America, now known as Panem, a young girl must fight against their corrupt government. Uglies by Scott Westerfeld What makes a person beautiful? In Tally Youngblood’s world, citizens receive a mandatory operation at 16 to conform to a standard of “beauty.” In this trilogy, Tally begins to learn the truth about the world she lives in. The Selection by Kiera Cass This fairy-tale romance trilogy gives 35 girls the Selection of a lifetime – to escape their low caste system and compete for a chance at Prince Maxon’s heart. American Singer is chosen, but Animal Farm by George Orwell George Orwell’s classic satire, a criticism of Communist Russia, is engaging and short. Each of the characters – all farm animals – represent the masses, or the dictators of the time, including Hitler and Stalin. The Help by Kathryn Stockett Aibileen is a black maid living in the 1960s, who has a strong message to tell. Together with Skeeter, a quirky, independent white woman who just graduated college, the two begin to write the story of “the help” in white households.

Fahrenheit 451 by Ray Bradbury Guy is a fireman living in a dystopian society where government burns books – and the houses in which they were found. The television rules, and Guy never thinks to question it, until he meets a neighbor who introduces him to the power of books. Tuck Everlasting by Natalie Babbit The Tuck Family has a blessing/curse – eternal life after drinking from a magical spring. A ten year old stumbles across the family, and discovers their secret. Unfortunately, so does a mysterious man who wants to exploit the water. Hatchet by Gary Paulsen An adventure and survival story, thirteen year old Brian Robeson is ready to see his father when the plane he is flying crashes in the middle of no where. All he has is a battered Windbreaker and a hatchet to survive. Will he make it? Entwined by Heather Dixon A fantasy twist on the Grimm’s fairy tale the Twelve Dancing Princesses, Entwined opens with a year in mourning following the death of the Queen. The book is told by the oldest, Azalea, who is 15. It is evenly paced and keeps the best parts of the original story, while staying unique and fresh.

Books Every Middle Schooler Should Read 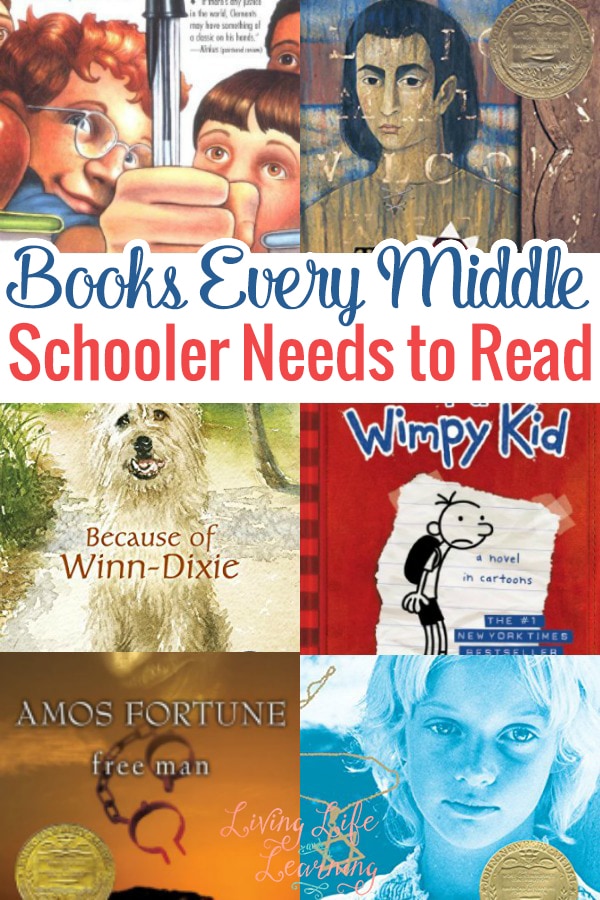 How to Pret Your Homeschooled High Schooler for College